The local reservoirs have been fishing well lately.  Today was another great example when Wayne who has returned to Ireland from Australia had a super session on Carrigavantry.  The fishing was quiet in the morning but fish were moving.  I suggested a few tactical changes and after lunch he was just slamming the resident bows on dries. 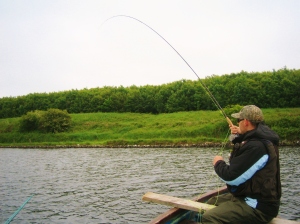 These were not easy fish to fool but when they did hit the takes were just SAVAGE!

We even managed a few double hook ups which came as a surprise to Wayne as earlier in the day a lot of these fish were not interested in his offerings. 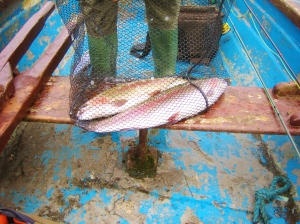 One each safely in the net

It was very pleasing to see that Wayne is a fan of catch and release.  He rarely ever keeps a trout.  One trout that we spooned was his bag limit for the day. 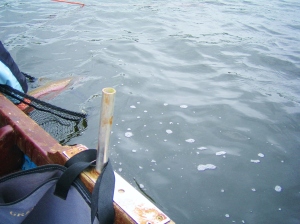