A storm raged across Ireland last night and today’s forecast was for gusts of wind to 150kph.  Fly fishing – surely not!  BUT, Shane and I were committed to fishing Ardaire springs – and opted to brave the elements!  When we arrived at Ardaire the wind was howling.  There was a little shelter on one side of the lake, and a lot of waves on the other.  Shane opted for buzzers on an intermediate line and I decided to fish a bloodworm on a floater.  I was first to get amongst the fish. 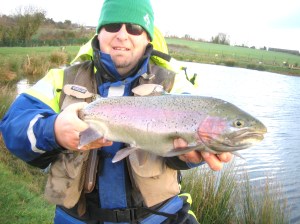 A nice bow on a bloodworm

This method caught 15 trout for me in the morning which was superb fishing. 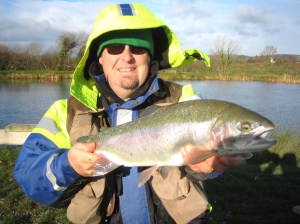 Another one falls to the bloodworm

In the meantime Shane had been hitting some very nice fish on his buzzers and seemed happy to be breaking in his new Greys rod.

l moved around the lake trying any likely looking spots and landed a few more really good fish including the belter pictured below. 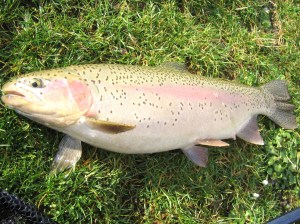 After lunch the fishing continued to be good but did slow a little.  I switched to buzzers and had a few more bows and the odd small brown. 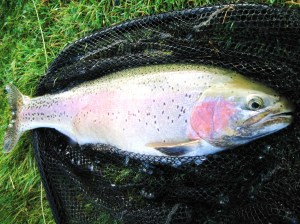 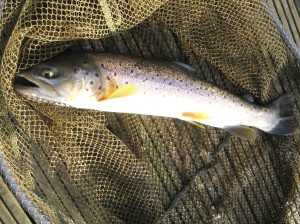 As the wind died down and the temperature dropped the fish went deeper and we both switched to mini-lures on sinking lines to try and tempt a few more fish. 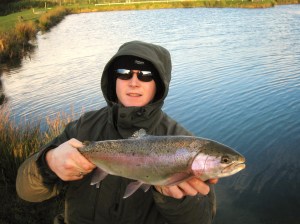 As the light began to fade I managed a few more bows before it was time to tackle down and head home. 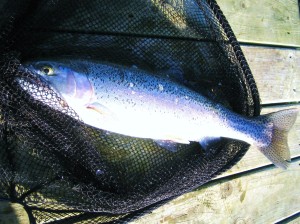 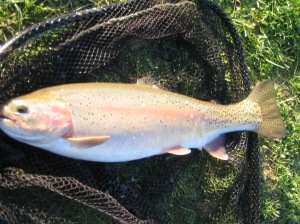 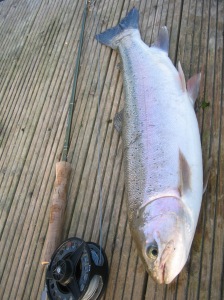 Overall it was a great days fishing and worth the trip.